South Africa
Some 250 million years ago, Africa was part of the super continent Gondwanaland. Gondwanaland consisted of Africa, India and part of the Middle East, Madagascar, Australia, Antarctica and South America. South Africa was centrally situated inside his enormous expanse of land, covered under a vast expanse of ice. When the ice melted, huge lakes were formed, creating a habitat for amphibians, the great reptiles and primitive mammals. A climatic change caused the drying up of the vast lakes, the ancient reptiles slipped into the muddy layers to become fossilised evidence of historic times. About 180 million years ago, Gondwanaland yielded to great lateral pressures, masses of boiling lava covered large areas and landmasses drifted apart to become the present day continents.

South Africa is truly the jewel in Africa’s crown. Part of the “cradle of man” where first representatives of Homo species made their appearance some 1.5 million years ago, it borders Namibia in the North West, Botswana in the North, Zimbabwe in the North East, Mozambique and the Kingdom of Swaziland on the North Eastern borders. Centrally situated inside South Africa is the kingdom of Lesotho. The East coast of South Africa is bordered by the Indian Ocean. A warm Mozambique current flows southwards down the East Coast and is called the Agulhas Current. The Atlantic Ocean and the cold Benguela Current flowing northwards border the West coast.

The climate would be described as subtropical with dry, stable conditions and lots of sunshine, falling within the subtropical belt of high pressure. The summer is from October until March with midday temperatures averaging between 15 and 36 degrees Celsius. Winters are generally mild with snow only on the highest peaks and frost sometimes occurring on the central plateau. March, April and May are generally the most pleasant months whilst June and July are popular holiday months along the Natal coast and in the Lowveld regions. South Africa is generally a dry country with a mean annual rainfall of 502mm. Most of the country’s rain is due to warm air from the Eastern Indian Ocean. It is divided into summer and winter rainfall areas.

There are about 47 million people living in South Africa with 11 official languages and most people can speak more than one and sometimes all of them. It really is a ‘Rainbow Nation’. With 9 provinces and 3 capitals; Bloemfontein (judicial), Cape Town (legislative) and Pretoria (administrative) it is a very vibrant place and gone are the days when tourists feared the very name of South Africa.

The diversity of wildlife is one of South Africa’s biggest tourist attractions. Including bats and small rodents there are approximately 300 species of terrestrial mammals in Southern Africa. Further 40 or so marine mammals, ranging from seals to whales, occur in the Indian and Atlantic Oceans along the coastline. There are over 900 species of birds and 480 species of reptiles. There are 270 species of freshwater fish and over 10 000 species of marine plants and animals. South African flora has a rich diversity, divided into 70 veld types and 6 major biomes: Fynbos, Succulent Karoo, Forest, Nama Karoo, Grassland, Savanna. 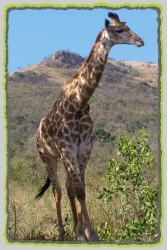 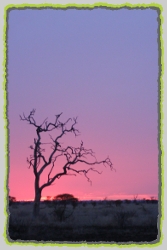 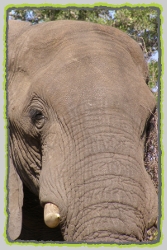 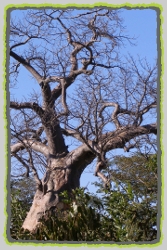